The development of a wearable to detect early Alzheimer’s and other neurodegenerative diseases years before symptoms show has taken a step closer to reality today, as UK charity Alzheimer’s Research UK announces a partnership with Boston University that will see the first digital data flowing into its global Early Detection of Neurodegenerative diseases (EDoN) initiative.

EDoN, whose Board is chaired by former UK Prime Minister David Cameron and has secured funding from Bill Gates and the Iceland Foods Charitable Foundation, brings together over 35 leading organisations in data science, clinical and neurodegenerative research to use digital technologies to detect diseases like Alzheimer’s, 10-15 years before symptoms show.

EDoN aims to use smartphone apps and wearables like smart watches and headbands to collect digital data on a range of measures including sleep, neural activity, cognition, speech and language, gait, heart rate, fine motor skills and physical activity.

The data will be validated with clinical data such as brain scans and analysed by EDoN’s Analytic Hub, made up of experts from The Alan Turing Institute, University of Exeter, MRC Harwell Institute and the University of Cambridge. By collecting and combining large amounts of retrospective and prospective digital and clinical data, the EDoN team hopes to develop robust machine learning models that could detect subtle patterns or ‘fingerprints’ in people’s digital data that could be a red flag for early disease.

If successful, EDoN will see experts developing a new digital toolkit that can collect the most predictive digital measures of early disease and could be used by doctors as part of a midlife health check to identify those most at risk of developing symptoms of dementia in the years ahead.

The three-year partnership with Boston University Alzheimer’s Disease Research Center (BU ADRC) will see up to 200 volunteers with and without dementia using devices, including two smartphone apps, an activity tracking watch and a headband to analyse sleep, with the data being shared with researchers in EDoN.

The participants, who live in the Greater Boston area, will initially use the devices for two weeks every three months for a year. The partnership is part of a wider project taking place at the BU ADRC testing a range of wearable devices to collect digital data that could give clues to a person’s brain health.

Ultimately EDoN aims to collect data from up to 50,000 people through ongoing research studies across the world before testing its final digital device in up to 1million people through health checks. The charity hopes that the digital fingerprints developed through EDoN’s work could not only indicate early disease but distinguish between the different diseases that cause dementia.

The COVID-19 pandemic has seen more health care being delivered remotely using technology, with a recent survey of attitudes to digital health during the pandemic showing that 73% of respondents agreed digital health technology is important to the future of health services.

“Digital technologies are providing ever more opportunities for people, and their doctors, to understand and monitor their health. The diseases that cause dementia can start in midlife, but we currently don’t have inexpensive and non-invasive methods to detect this early disease. Digital technologies like smartphones and wearables could provide a low cost, easy-to-use way to pick up some of the very subtle early changes in diseases like Alzheimer’s. The findings of this study could really transform the way we tackle these diseases in the future.”

“Last year, Boston University received $2.8m funding from Bill Gates and the American Heart Association to create a Brain Health and Dementia Technology Research Center. This partnership with EDoN brings our two organisations together towards a common goal: to use digital technology to streamline and fast-track better patient care and treatment in the years ahead.” 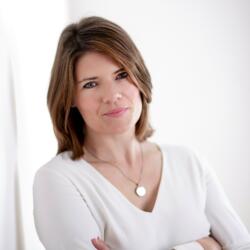 “There are currently no treatments to slow or stop diseases like Alzheimer’s and this is a major goal for scientists across the world. To have the best chance to change lives in future, we need to be testing potential new treatments and preventions when these diseases are starting to take hold in the brain, not when the damage has already been done.

“Identifying diseases like Alzheimer’s much earlier than we can today would transform research efforts into the condition and help bring about these life-changing treatments much sooner. Brain health is an incredibly important part of our overall health. The technology being explored through EDoN could help raise red flags that would see many more people benefit from early conversations, diagnosis and access to treatment and research.”