The Alzheimer's Drug Discovery Foundation (ADDF), a U.S.- based venture philanthropy, has announced up to $2 million of funding for a collaborative research initiative led by UK charity Alzheimer’s Research UK that aims to develop a digital Toolkit of apps and wearables to detect the very earliest stage of Alzheimer’s.

The funding awarded to the Early Detection of Neurodegenerative diseases (EDoN) initiative is part of the ADDF Diagnostics Accelerator (DxA), a funding initiative that challenges the global research community to innovate new diagnostic technologies for Alzheimer’s disease and related dementias.

EDoN is an ambitious project spearheaded by Alzheimer’s Research UK, the UK’s leading dementia research charity. It brings together global experts in data science, digital technology and neurodegeneration to use measures such as sleep, fine motor control, heart rate, speech and brain activity to develop digital ‘fingerprints’ of early disease that could transform dementia research efforts in the future.

Alzheimer’s can begin in the brain up to two decades before symptoms start to show, so to give emerging new treatments the best chance of success, doctors need to be able to detect the disease as early as possible and intervene when these treatments could make the greatest difference to people’s lives.

The Diagnostics Accelerator provides funding to fast-track the development of affordable and accessible diagnostic tools and biomarkers for Alzheimer's disease and related dementias. The initiative currently funds over 30 projects around the world including a number of promising blood tests and eye scanning techniques to detect early biological changes due to Alzheimer’s disease. Recent research shows that Alzheimer’s also causes subtle early changes in aspects of behaviour such as sleep, speech, interactions, and movement. While undetectable to the human eye, these changes can now be picked up by commercially available digital technologies.

EDoN aims to streamline efforts to collect, integrate and analyse a wealth of digital, clinical and health data to identify behavioural measures that can detect the early stages of disease. This data will be used to build machine learning models to identify patterns of early disease specific to different neurodegenerative diseases, including Alzheimer’s. Ultimately, the project aims to incorporate the most sensitive and useful measures into an inexpensive and easy-to-use digital Toolkit, likely a combination of apps, wearable or mobile devices, and software.

Up to $2 million of funding will allow the EDoN team to collect digital data from over 600 people who are currently involved in two population-based cohort studies in Australia - the University of Sydney Brain and Mind Centre’s Healthy Brain Ageing cohort and cohorts from the Edith Cowan University’s Centre of Excellence for Alzheimer’s Disease Research and Care.

The volunteers will be asked to use a headband to measure sleep and brain activity, an activity tracker to register heart rate and physical activity, and smartphone apps to measure cognitive function, speech and fine motor control. The data will be compared to clinical data from the cohorts to help researchers identify the digital measures most closely linked to biological changes.

Participants are aged between 40 and 90 and include people with different stages of Alzheimer’s disease, individuals with subjective memory complaints or mild cognitive impairment as well as cognitively healthy volunteers. This range of participants will allow researchers to develop a picture of how digital measures change across the spectrum of cognitive health. They will also be able to directly follow healthy and at-risk individuals over time allowing them to identify the changes that precede dementia.

The information from these studies will be combined with data being collected by the EDoN initiative from other population studies around the world to build a rich database to develop its digital fingerprint models. 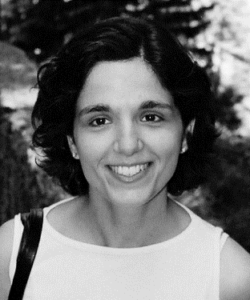 “Around the world there are 50 million people living with dementia — a number that is only set to rise. Global efforts to tackle the diseases that cause dementia are currently hamstrung by our inability to detect them early enough. Digital technology holds enormous potential to put us on the front foot when it comes to identifying diseases like Alzheimer’s earlier, and EDoN is working to make that happen.

“Accurate and cost-effective tools for detecting early neurodegenerative disease will provide essential insight into fundamental disease mechanisms, improve clinical diagnosis and enable existing and future interventions to be given earlier, when they have best possible chance of success.

“We are very excited to be working with ADDF through the Diagnostics Accelerator. The funding will allow us to identify which digital measures have the most potential for early detection. The richer the data we can collect, and the more precise the algorithms we can develop, the faster we can move towards a digital Toolkit that we hope will ultimately help doctors detect diseases like Alzheimer’s 10-15 years earlier than we can today.”

“We are very excited by the important and innovative work of the EDoN initiative. EDoN’s approach puts value on global collaboration—which is a central philosophy of how the ADDF does business. This is the best way to accelerate our ability to find new biomarkers and bring meaningful treatments to patients with Alzheimer’s and related dementias.

“EDoN’s work is particularly timely. By bringing together global experts now, they can connect the latest advances in data science with a greater understanding than ever about dementia to open up new and exciting avenues of research.”